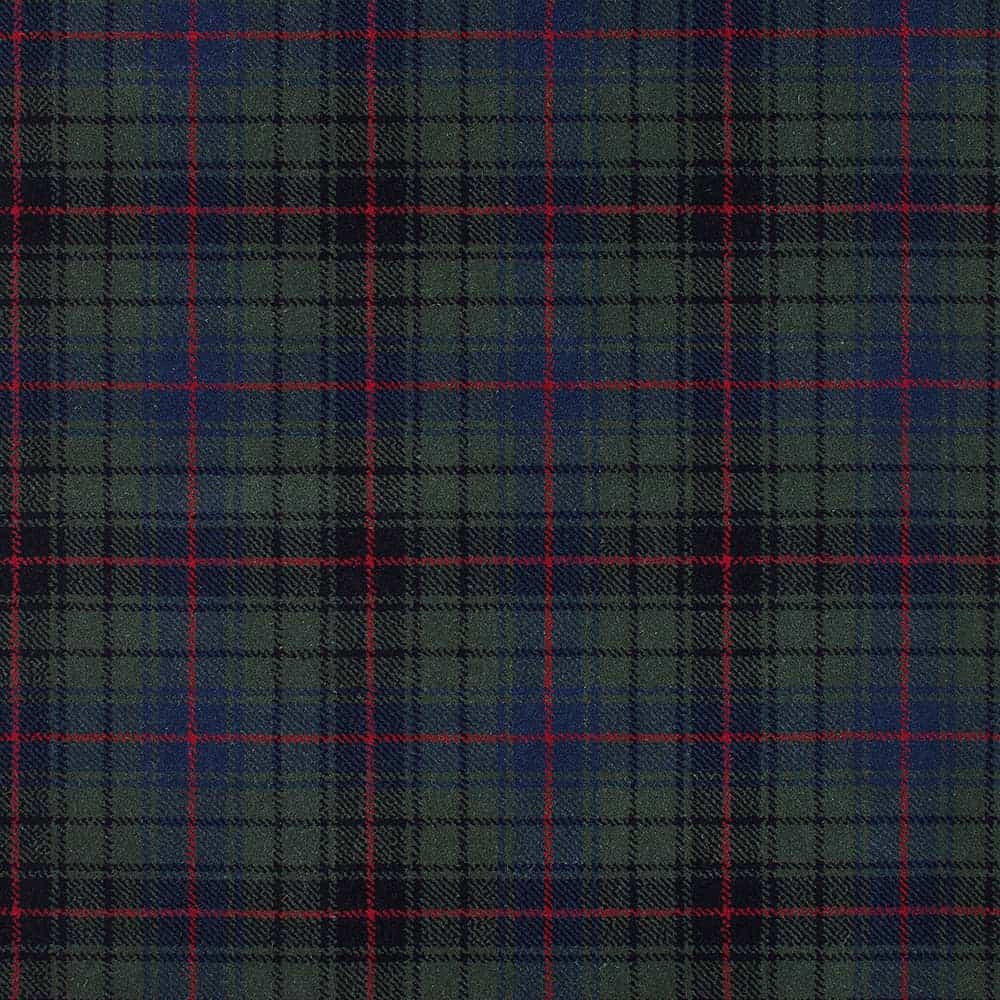 The Davidson family have a mixed history which includes an unusual union of clans, battle defeats and even famous clergymen.

The Davidson family have a mixed history which includes an unusual union of clans, battle defeats and even famous clergymen. This all shapes their formal tartan.
The Davidson family originally started out as the Clan Dhai back in the 14th Century. They took their name, which was a Gaelic term the family had inherited from their first leader David Dubh.

It was around this time that Donald Dubh of Inverhaven married the daughter of the chief of the MacKintoshes, bringing the two clans together. As the MacKintoshes were part of the Clan Chattan, they too became associated and formed the Davidsons. This confederation of clans often found themselves in fights amongst their peers of the original families.

The Davidsons were known for being badly defeated in battles with other clans – namely the Camerons in 1370 and again in 1396. However the strongest lines of the family went on to achieve success and wealth.

The Davidsons of Tulloch, Ross-shire, built and stayed in Tulloch Castle from 1466. One of the most well-known Davidsons is Randall Thomas Davidson (1848-1930). Born in Edinburgh, this Davidson officially joined the Church of England, which was uncommon at the time. He would go on to study at Oxford and Harrow before going on to take the title of Archbishop of Canterbury in 1903. He became lord Davidson of Lambeth before retiring in 1928.

The family tartan for clan Davidson is fairly similar to the Black Watch tartan, with some red stripes decorating the mainly blue and green pattern. The essentially forest green cloth is patterned with thick blue stripes in both directions, forming a chequered pattern. This is intermittently woven with thinner, almost black lines creating faint criss-crosses throughout the tartan. In the middle of this, the pattern is drawn out with thin red horizontal and vertical lines in the middle of the blue chunks, creating a bright, linear design.