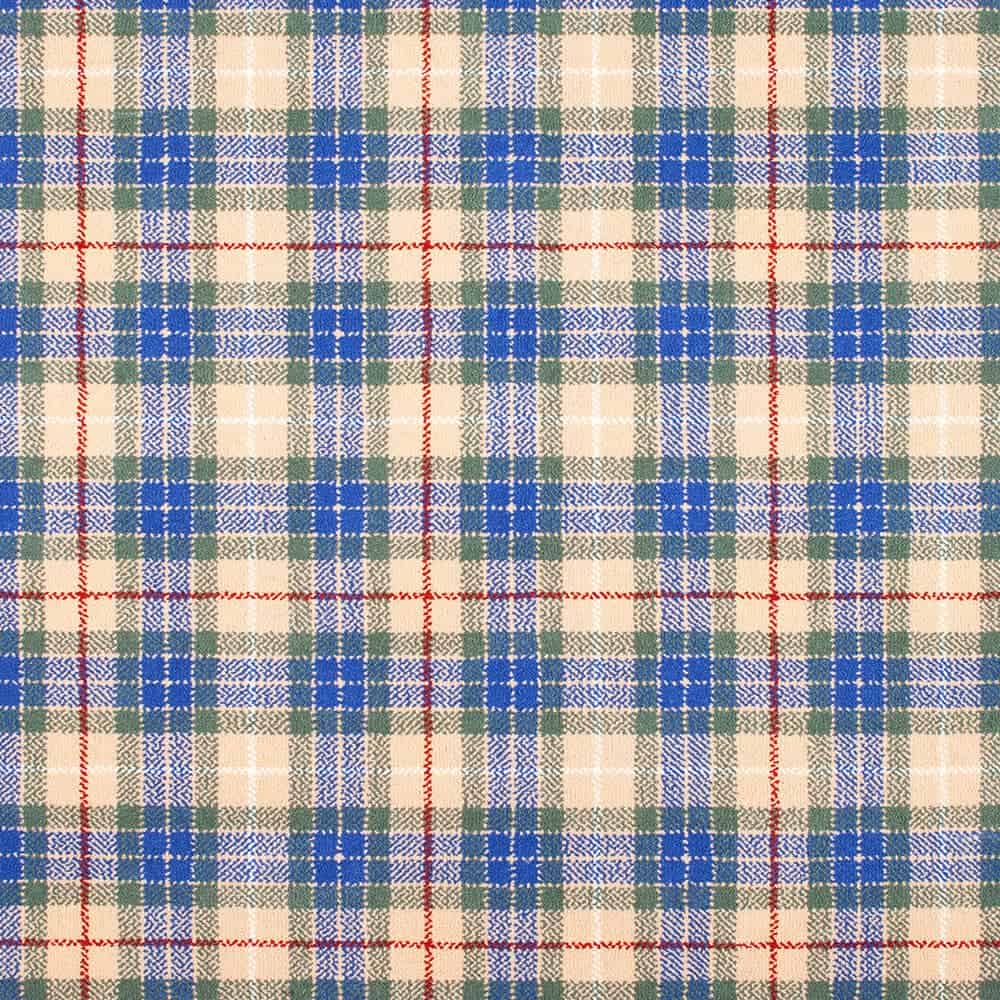 Fraser is a popular Scottish clan name thought to date back to France. The Frasers have seen many ups and downs and have a vibrant family tartan to show for it.

The Scottish clan Fraser is thought to have started out life in France, thanks to a knight named Frezel who came to Scotland from Anjou (the area which Henry II of England hailed from) in the 11th Century. It was not until the 12thCentury however that the first Fraser was recorded.

The name of Simon Fraser was listen in 1160 as the owner of the Keith lands of East Lothian. Simon has been a popular name for Frasers ever since. Whilst the Keith lands changed hands with a Fraser daughter adopting the name Keith on inheritance of the lands, they also grew to encompass Oliver Castle and Tweeddale until the War of Independence. At this point the Frasers moved to the Highlands.

Frasers were known in the military, with a Sir Simon Fraser fighting alongside William Wallace and Robert the Bruce.

He eventually shared the same fate as Wallace though, executed in a cruel spectacle.

Luck changed for the Frasers over the years, with Sir Alexander Fraser given the fishing village of Faithlie by James VI. The town was vastly improved under his name and became known as Fraserburgh. On these lands Fraserbugh Castle was built, and not long after the marriage of Alexander came the title of Lord Saltoun. The Clan Fraser chiefs still bear the title of Lord today.

The family tartan for the Fraser clan is equally as noble, with a striking red white and blue pattern, encompassing trimmings. The main cloth of the tartan is red, with both royal blue and forest green horizontal and vertical stripes clustering in a sort of weave pattern. These form larger checks, which are patterned by faint white criss-crossed lines which meet in the middle of the red square areas.