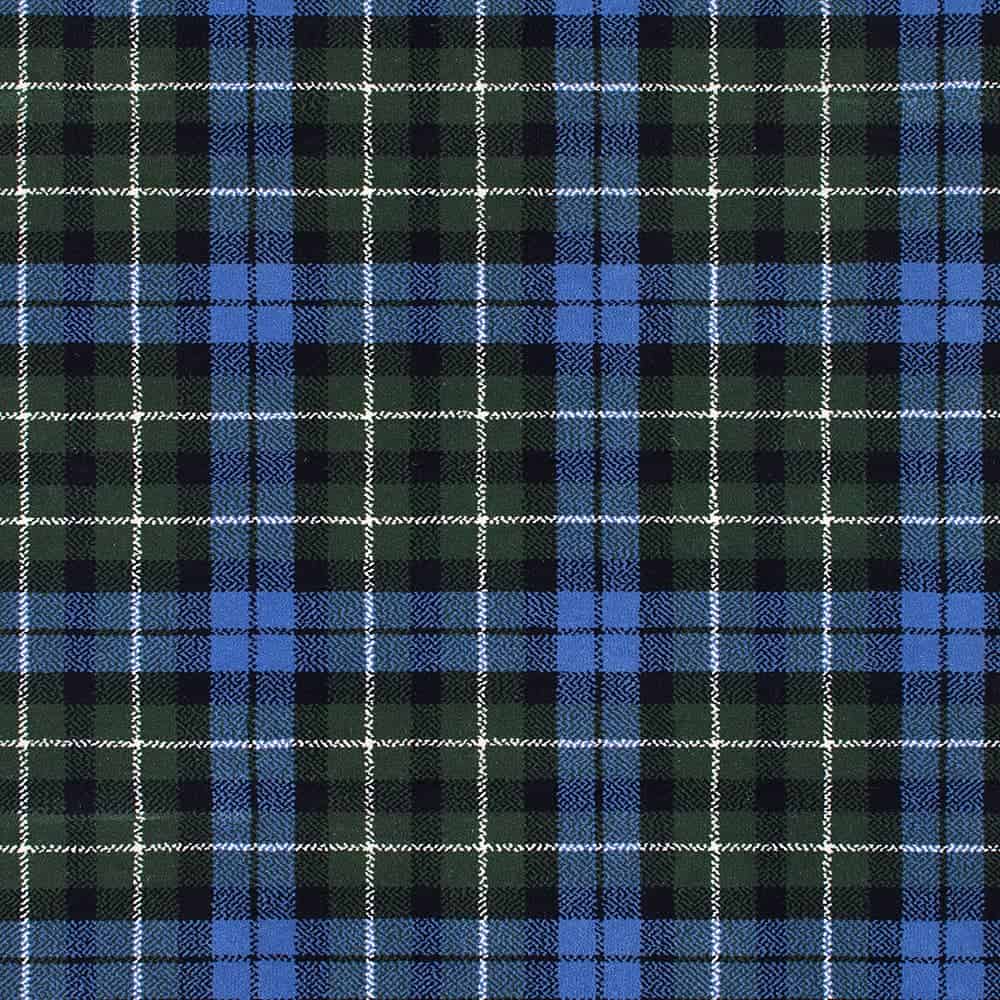 Although legend surrounds the Graham Scottish clan origins, this family tartan represents the royal connotations this family has had over the years.

As legend has it, the ancestors of the Graham clan are responsible for leading Roman legions out of the country. However whilst that cannot be proven, it can be proven that the first recorded Graham lived in the early 12th Century.

He was known as Sir William de Graham, and was a knight under King David I accompanied the monarch on his bid to claim the Scottish crown. His name is written in witness to the foundation charter of the Abbey of Holyrood. Sir William’s family name is thought to trace back to an English manor, Grey Home.

Notable Grahams include the 5th Earl and first Marquis, James Graham. He was heralded as one of the greatest generals ever, druing the 17thCentury. He was part of the forces that helped Charles II recover Scotland, and in addition to being a strong military persona, he was also a poet and scholar.

Much later, in 1782, another James Graham was carrying out a notable act. By then the 3rd Duke of Montrose, this Graham had persuaded the UK Parliament to abolish the law which forbid Scots to wear their tartan.

The Graham tartan bears a striking resemblance to the Forbes tartan, which in itself is not unlike the Black Watch tartan. Made up of chunky blue stripes on a forest green cloth, the pattern is divided by thick black criss-crossed lines, making it seem as though there’s one blue stripe and two green stripes side by side. This is then broken up by thinner white horizontal and vertical white lines which form squares within the green sections of the pattern and rectangles through the blue sections.

The Adam family tartan is traced back to as early as the 12th Century where the Scottish clan was first though to originate.

Although quite popular in England in the 14thCentury, the surname Adam can be linked to a Scottish clan as far back as the late 12th Century. The first reference to Adam is thought to be a sub-prior of Melrose who then became Abbot of Cupar, Fife, just before the 13th Century.

An Adam, son of Adam was also recognised as a witness to the charted by William Bruce to Adam of Carlisle in the lands of Kynemund, which we now know as Kinmount in Dumfriesshire, from 1194 to 1214. In separate instances, the surname Adam is linked to men of the clergy. For instance an Adam became an Abbott of Newbattle in 1201, whereas an Adam from Lennox was thought to be a monk of great sanctity.

Outwith religion, an Adam was one of the representatives of Lanark in the ransom of King James I. Andrew Adam held this post by

obligation from the burghs. These differing influences are thought to take their shape on the clan tartan.

The Adam family tartan itself is a blue, red and green tartan which places thick blue checks on a green cloth. Thinner red horizontal and vertical are then criss-crossed throughout the blue and green sections making the tartan stand out and giving it a layered appearance.

Although the history of the Adam clan dates back centuries, there have been a few famous Adams in more recent times. For instance Robert Adam (1728 – 1792) is widely considered to be one of the greatest architects of that period in the UK. Also William Adam (1751 – 1839) was a Scottish Member of Parliament in the British Parliament which meant he was also a judge.