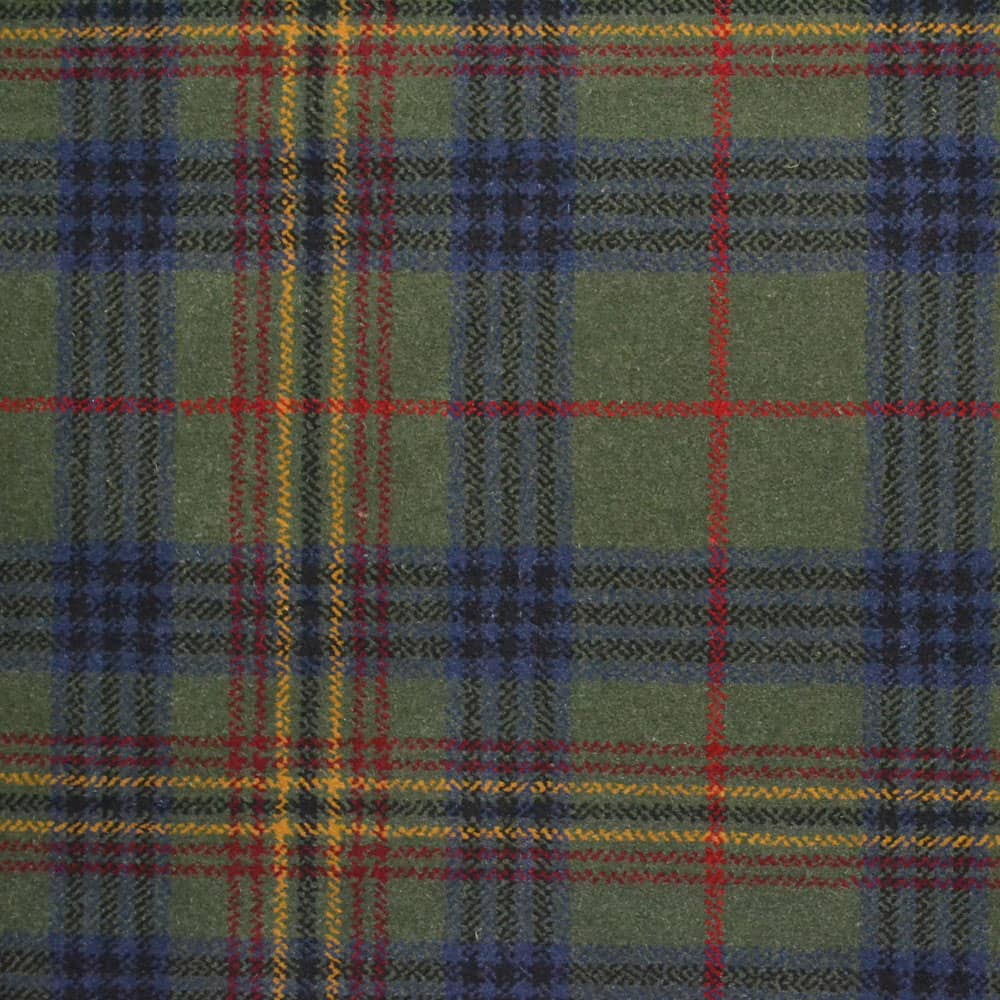 The Kennedy family tartan comes with a vast Scottish clan history. Originating in Ireland this family have been involved in military, academia and clergy.

The Kennedy family tartan comes with a vast Scottish clan history. Originating in Ireland this family have been involved in military, academia and clergy.
The name and Scottish clan Kennedy can be traced back to an old Irish Gaelic word ‘cinneidigh’ which unfortunately means ‘ugly headed’. It’s thought the family originated in Ireland to settle in the Ayrshire area, to then go on to hold the title of Earl of Carrick from the 12th Century.

Throughout history, Kennedys were known for supporting the Bruces in the Wars of Independence. Through this support, Gilbert Kennedy earned the title of Lord Kennedy around 1457. Around the same time, Gilbert’s brother was the Bishop of St Andrews. Not solely an important member of the clergy, James Kennedy went on to found Scotland’s first and still most highly prestigious university, St Andrews.

Many years later, in the late 18th Century, the 10th Earl of Cassillis, David Kennedy, commissioned an architect to build Culzean Castle for the family.

Although the Castle was given to the National Trust, the family chiefs of Clan Kennedy still live in the Ayrshire area, at Culzean and Cassillis.

The most famous Kennedy in history is without a doubt the former President of the United States, John F Kennedy. However it’s thought that his family can be traced back to those on the other side of the Irish Sea, rather than the Scottish clan.

The clan Kennedy family tartan is a bright and colourful cloth, with a predominantly bold green background. This is patterned with thick light blue stripes, which criss cross the cloth. Within each light blue section are 3 black lines, on both the horizontal and vertical elements, form a striped pattern. At intervals these stripes are interrupted by two close together purple lines which form squares on the pattern. In the middle of 2 pairs of lines are thin yellow criss crosses, making for a bright and distinctive overall pattern.