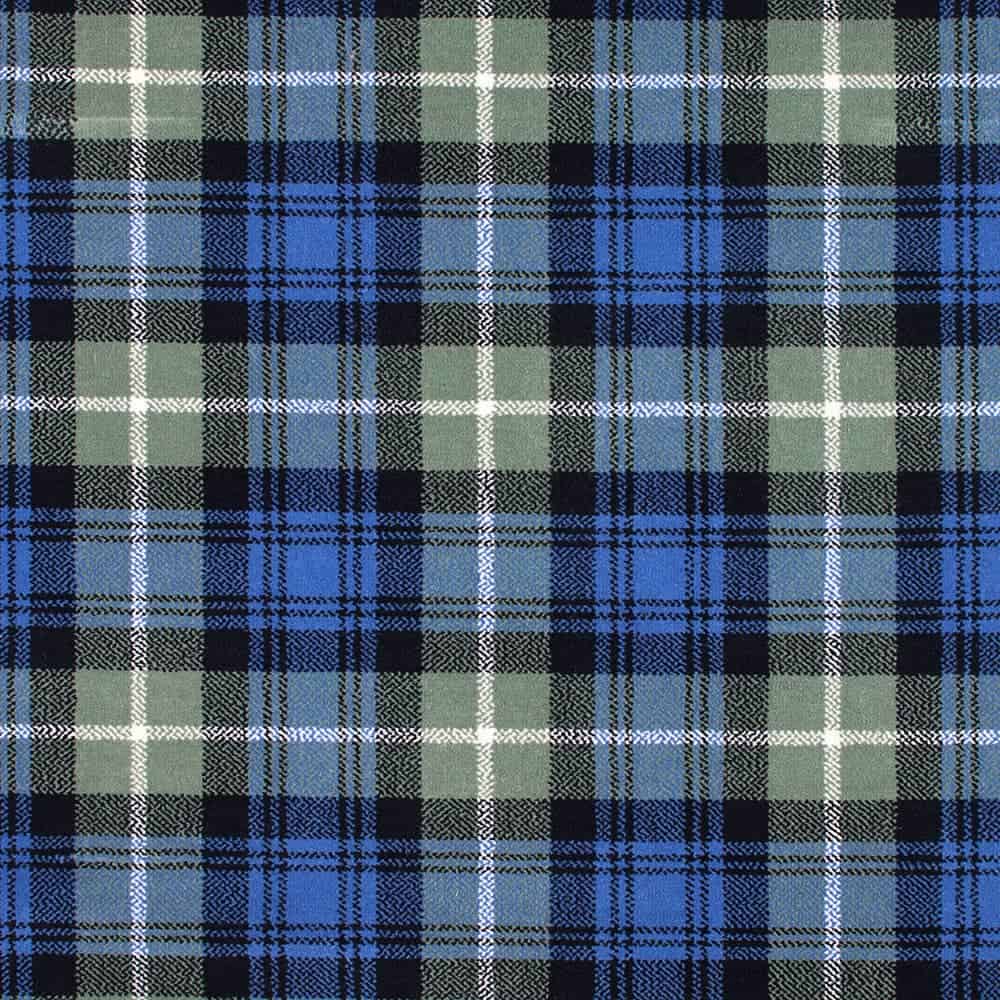 The clan Lamont is thought to have descended from Ireland and had a tumultuous history in Scotland. Their family tartan is linear and easy on the eye.

The Scottish Clan Lamont is another family which has descended from Irish heritage. Thought to have come over in the 12th Century to found the kingdom of Dalriada (now known as Ayrshire), the family name is thought to have meant ‘lawgiver’ in Irish.

Although thought to originate from Ireland many years before, the name Lamont wasn’t first recorded until into the 13th Century. Throughout history the Lamonts don’t seem to have done to well in terms of their land and nobility. In fact they lost battles with the powerful Campbells who occupied a lot of land in the area we now know as Argyll. In the 17th Century the Campbells defeated Sir James Lamont, after slaughtering over 200 of his people, and claiming his lands for themselves.

There is however a precious family heirloom associated with the clan.

The Lamont Harp is thought to have survived from the mid-15thCentury, and is one of the oldest examples of early Scottish music. It’s just 38 inches by 16 inches big, and is currently at home with the Robertsons of Lude in Perthshire.

The last of the clan Lamont lands were sold in 1893, with the family having no claim to any Scottish estates. The current clan chief actually lives in Australia.

Mostly green and light blue makes up the tartan of clan Lamont. The family tartan has a predominantly green background with light blue chunky lines forming a square pattern on the cloth. Each blue line is outlined on either side by a thinner black stripe, adding a further box effect to the tartan pattern. Much thinner white lines form a criss-cross shape across the cloth, meeting in the middle of the green square areas.