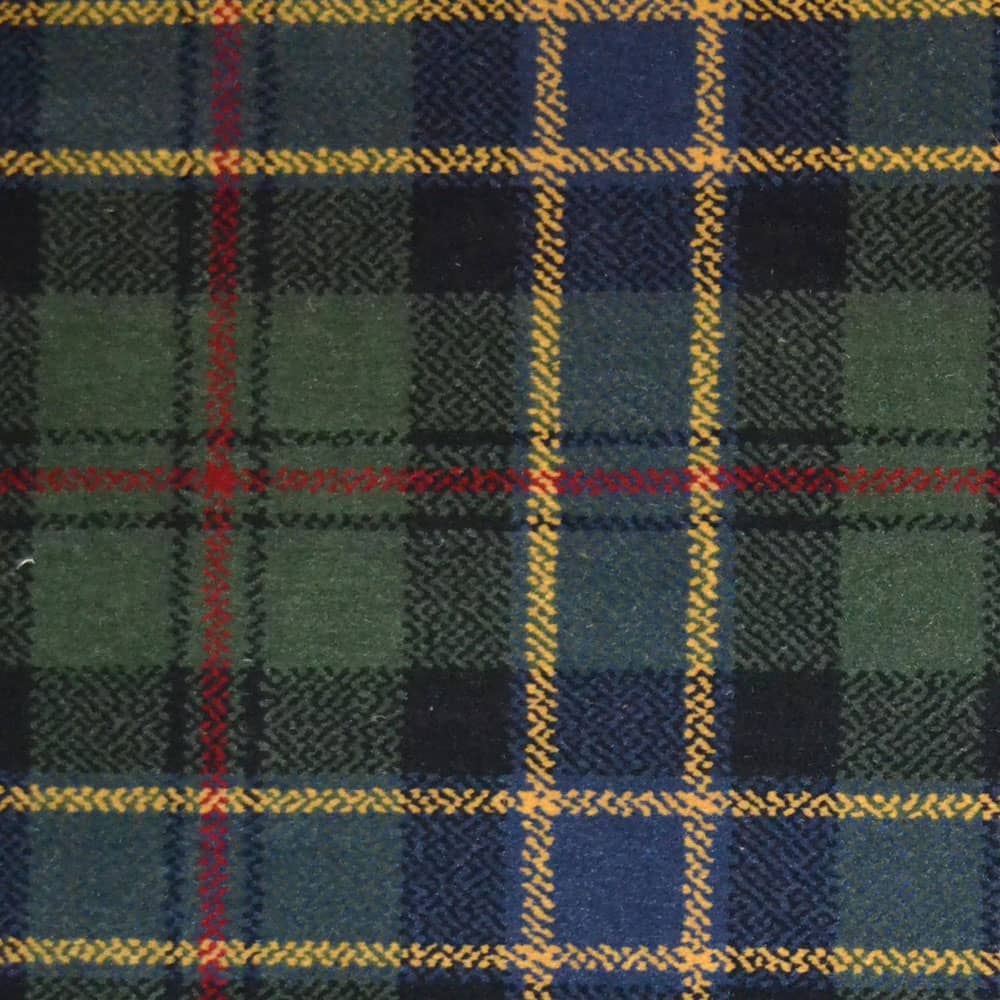 This clan tartan is one of the most colourful in the area and this reflects their equally colourful history over the centuries that they have been active.

Clan Ogilvie is another clan that take their name from their homelands, as their name means High Plain. They came from Angus and were sheriffs of the area in both the 14th and 15th centuries, as the title passed from generation to generation.

In the 15th century this clan built the Tower of Airlie, which would serve as clan headquarters, this was not to last however as the Campbells destroyed the castle in 1640. At this time the Civil War was in full swing and this clan supported the Stuarts through the war. This was to their detriment however, as Lord Ogilvie was captured after a particularly poor battle. He was taken to St Andrews Castle to be executed but managed to switch clothes with his visiting sister and escape the hangman.

This didn’t prevent the clan from fighting at the side of the Stuarts once more in the Jacobite Risings. After yet more defeats they were stripped of all titles and the chief was exiled to France for his safety.

Past this point in history the Ogilvie name had been slurred and their Earldom was taken away for a period of over 100 years.

The Ogilvie clan has a surviving chief and they still have links to the royal family to this day. The chief’s brother married Princess Alexandra of Kent in 1963, reinforcing the links that the clan had to the royals.

The tartan for this clan is more complex than most, as it features five main colours and varying shades of some. It features a palette of many different colours, with vivid reds and yellows making up the majority of the colour scheme. It is then highlighted with blue, white and black lines that give the pattern a great deal of variance and brightness.