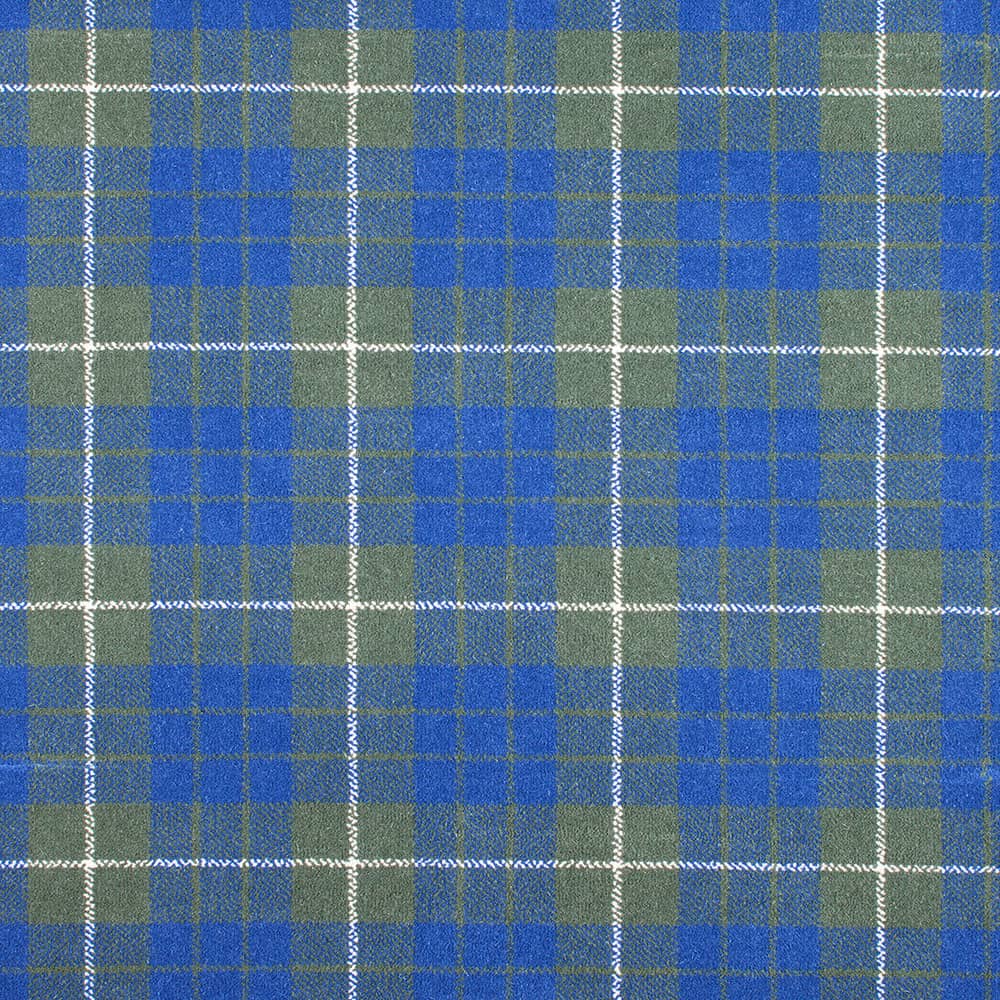 The Hamilton family tartan is a regal red and blue Scottish tartan which gives reference to the family and their royal connections in history.

This clan descended from a Norseman who made his way from England to what is now known as Renfrewshire. Walter Fitz-Gilbert of Hambledon was first entered into the history books in 1294 as he witnessed a deal over the fishing rights of those in the area.

This family always remained loyal to the crown, so much so that Walter’s son was taken prisoner alongside the king during battle. The two men were released after a ransom was paid and this bond continued down the family line. The royal family then became connected with the Hamiltons by marriage in 1474, when the first Lord Hamilton married Princess Mary. The son they had together was named the Earl of Arran and his son was the closest to inheriting the throne.

From this period, the family took up residence on the Isle of Arran for most of the 16th Century,

where a Hamilton was always in close line for the throne. The 2nd Earl of Arran was heir to the throne of both James IV and Mary Queen of Scots. However in his position in Mary’s Regent, he both squandered her wealth and was found to be easily bribed for allegiance.

The family tartan of Hamilton is a proudly royal red, white and blue tartan which is both vibrant and in your face. The cloth is mainly made up of bright red which is broken up with sets of three vertical and three horizontal royal blue stripes. These form a criss-cross pattern on the red, making up red squares with vivid blue squares cornering the red ones. In the middle of each red square lies a faint white cross, thanks to thin white lines running vertically and horizontally across this Scottish tartan at regular intervals.